It seems strange to celebrate the 50th anniversary of an event that almost killed Cat Stevens before he’d even reached his prime. However, being stricken down with near-fatal tuberculosis in 1968 can rightly be seen as the catalytic event that led to his blossoming into the artist and man of peace that the world knows today.

By drawing from accounts of the incident that Yusuf gave back in the late 60s and early 70s we can clearly mark the profoundly transformative effect that both the illness and the subsequent period of convalescence had upon him. 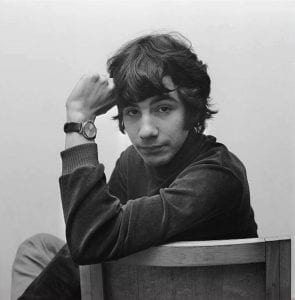 Cat not long before the illness

Cat was struggling with the frantic demands of the pop-business industry; TV, radio appearances, interviews, touring theatres and social workingmen’s clubs up and down the country – sometimes wracking-up three performances in a day. His records weren’t selling like they used to and he was drinking and smoking heavily, clubbing late at night with little sleep – generally on a severe self-destructive downward slide.

The warning signs came in about February, Marion Ryan, a 50s pop-star and the mother of Cat’s twin partying friends, Paul and Barry Ryan, saw him deteriorating; pale, underfed and coughing insistently. She was clearly concerned for the young starlet, no doubt being aware of the pressures of the music industry from first-hand experience but also motivated by a certain level of maternal care. Marion arranged for Cat to be checked at the Harley Street Clinic.

“I was very, very thin and I was coughing a lot and everybody was telling me I ought to do something about it, so I thought, why not go and make sure? (2) 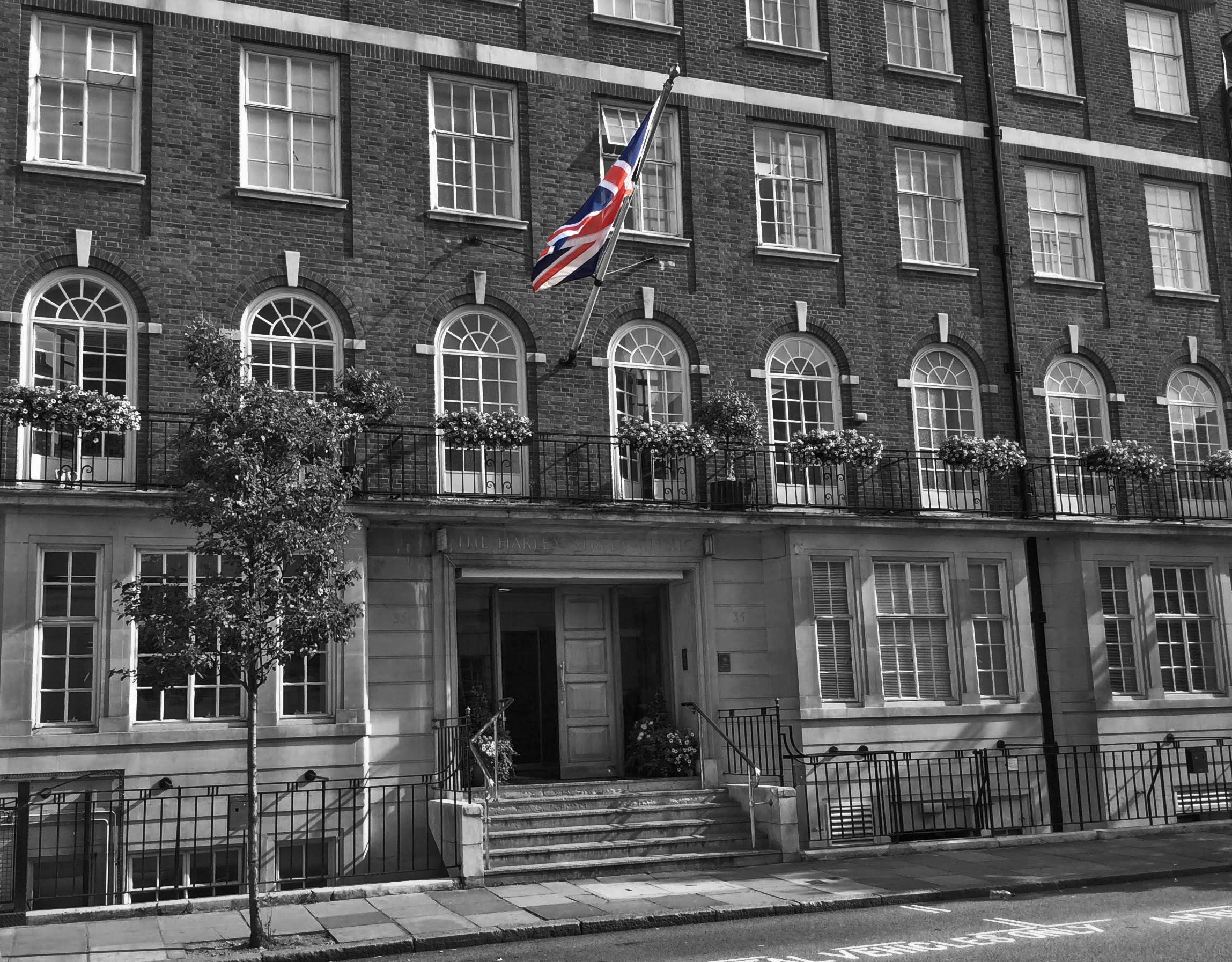 Cat was diagnosed by the doctors as suffering from an advanced strain of pleurisy, known commonly as Tuberculosis. Immediately isolated and treated to a barrage of medicines and painful lung-draining procedures, Cat was told by his agents not to publicise his illness. but he was fairly open about it afterwards. He addressed the issue in numerous interviews:

‘‘I was feeling ill and at first they thought it was pneumonia. But when I had been in hospital for a week they found it was more serious.” (1)

In other reports he gives a clear indication of having been run-down from all the  ‘overwork, smoking, and drinking’ (3) of his early career. 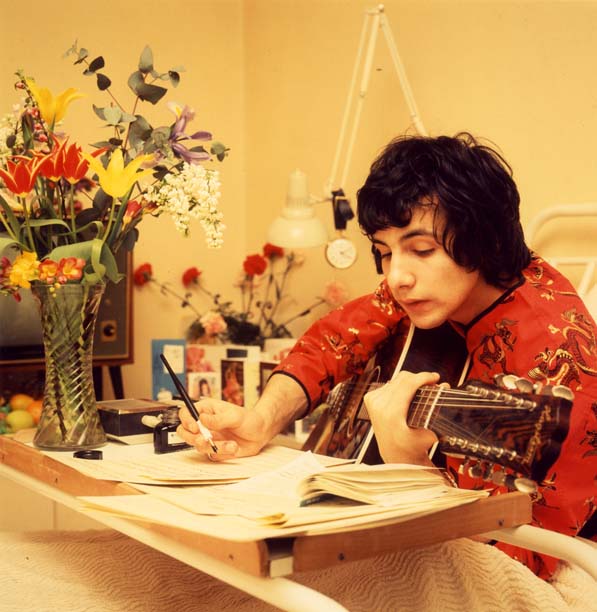 As well as coming as a huge shock, it’s clear that being hospitalised must’ve been a very dull experience for Cat, especially when contrasted with the perks of a burgeoning career as both a proven songwriter and a ‘teen sensation’.

“In the hospital I was really bored and fed up and I didn’t know where to go you know, or what to do. I was stuck in that bed for three months”. (4)

“In the beginning, in hospital, I was really depressed. That was when I thought I was going to die. I thought – they’re not telling me everything. It’s more serious than they say.” (2) 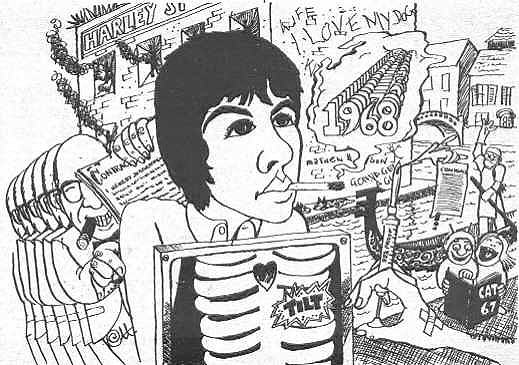 Drawing made by Cat about his time in hospital

After his initial treatment, in Harley Street Clinic in London, Cat was moved to the King Edward VII Sanatorium Hospital, in the Sussex countryside near Midhurst, for an extended period of convalescence. 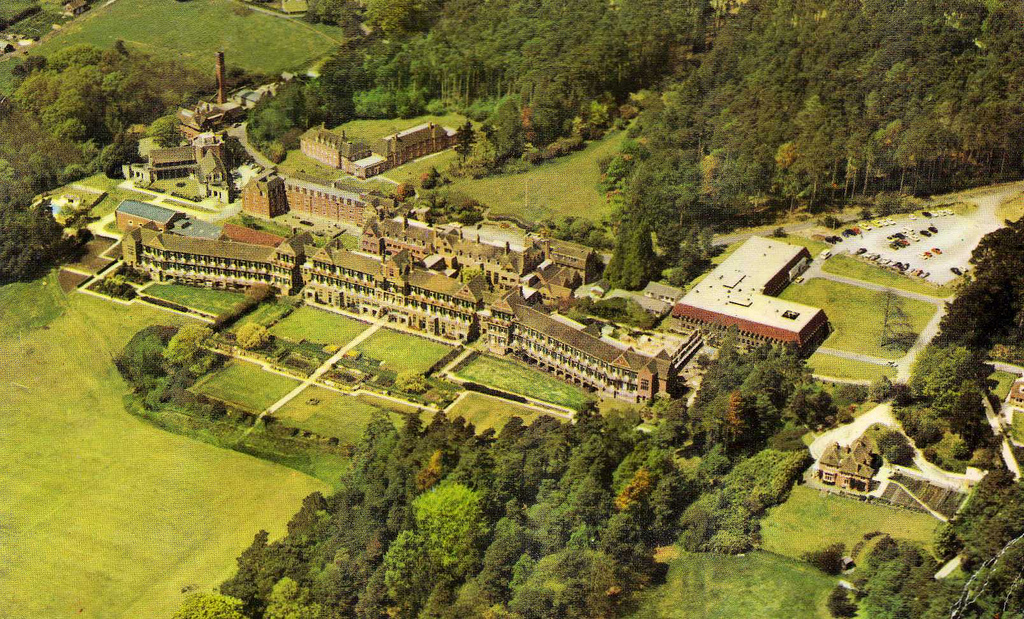 During his time in hospital Paul Ryan sent him a book to read, “The Secret Path” by Paul Brunton, a Buddhist text that teaches a technique of spiritual self-discovery that would go on to change Cat’s life. 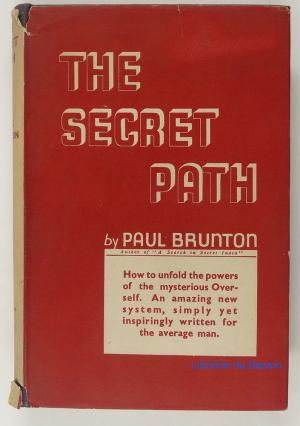 The Secret Path by Paul Brunton

“I had a book called ‘The Secret Path’ and it was just what I needed. I read that book once and thought about it and I used it to meditate. There was nowhere that was quiet enough in the hospital. I had to creep out and there was this cow shed with a couch in it. I used to go in there and lock the door, then sit down and think. It was completely silent and that is where it came to me. It just happened. You reach that moment and you see it and say ‘Of Course!’ Then everything sprung from there like light.” (4)

However, despite the scenic surroundings it seems that Cat was still feeling like a caged bird. Amazingly, he once recounted a story of some rather drastic action he took when the conformity and confines became too much:

“The only thing that brought me down in hospital was having to conform – getting up at 6am and aII that. One day I’d just had enough and ran away. I found a little garage on a farm about three miles from the hospital. There was an attic over the garage and I just stayed there […] No one knew I was there and when the farmer came to get his car out I just lay low.” (1)

It’s clear that this was when Cat was starting to reflect differently upon his predicament and beginning to summon the resolve to find a more effective way of dealing with his misfortune:

“I said to myself there’s got to be something I could…  that I could get something from the whole situation.” (4)

In addition to the words within The Secret Path, Cat also found inspiration and strength in one of his less obvious sources of influence, Classical music:

“Back in the hospital I felt my music had been getting too complicated. I had a little record player and I played Bach again and again – he helped me out. Bach is like mathematics; it helps to clear your brain.” (1) “I spent the time reading, writing and trying to learn how to read music.” (2)

He gained a lot of empathy from the whole experience and also began to form connections with his fellow patients:

“There must be lots of people in this hospital worse off than me.” (5) “They [the hospital] had a games room and I got quite friendly with some of the people. There was this Indian guy who wore white silk robes – we played cards and by the third deal he would always know who was going to win. He was about sixty, and very, very clever.” (2).

The transformations that were happening to Cat were clearly more than a temporary response to the set-back that had befallen him. His attitudes were shifting in a way that would go on to inform the next, and most successful, stage of his musical career. Indeed, I think it’s fair to suggest that this was when Cat first became aware that he was on the path of discovery that has gone on to define much of his wider career and legacy.

This signals an interest in careful, meditative introspection that became the source for so many of Yusuf / Cat Stevens’ legendary lyrics from that point onwards. Through self-reflection he could learn honestly about himself and also seek to serve others through his music. Of course, this is also an early voicing of his desire to do good deeds for the benefit of others. Yusuf has dedicated much of his life to providing humanitarian relief to the vulnerable. He has also given considerable time and energy to the field of education, founding three high-achieving schools in London.

It’s also fair to infer from his comments, made not long after recovery, that his time spent convalescing in the countryside also appealed to his love of nature:

“It was a beautiful place, and the grounds and the countryside around catered for three different temperaments – there were three forests. The first one was thousands of tall trees, and there was one with short stubbly trees where you could see the sky, and one in between the two.” (2)

He shows a great affinity for the outdoors and finds using imagery from the natural world a useful way of expressing intimate thoughts:

“I’ve really got a taste for the country now, it’s just great; all those green trees. I used to talk a lot to the birds, and they don’t have to talk to you. They can fly away, and they don’t get embarrassed.” (2)

Crucially, Cat utilised the duration of his convalescence to write many of the songs that would appear on his next three studio albums: Mona Bone Jackon, Tea for the Tillerman, and Teaser and the Firecat. In his interviews he expanded upon this idea of stripping things down and going back to basics:

“I decided to start again, with my approach, to go right back to what I started to do. I take exactly what I do and do that.” (2) “A lot of the songs I wrote during my convalescence will be going on the [MBJ] album. I think they’re much simpler, and a lot more personal perhaps, than what I was doing before.” (6)

Knowing that much of the material for arguably his three most successful albums was written within a short period of time certainly accounts for the thematic threads and style choices that weave these albums together. It also explains how three such incredible albums could be recorded and released in the space of two years, 1970-71:

Cat himself summarised the transformation that he underwent during his illness and recovery in interviews: 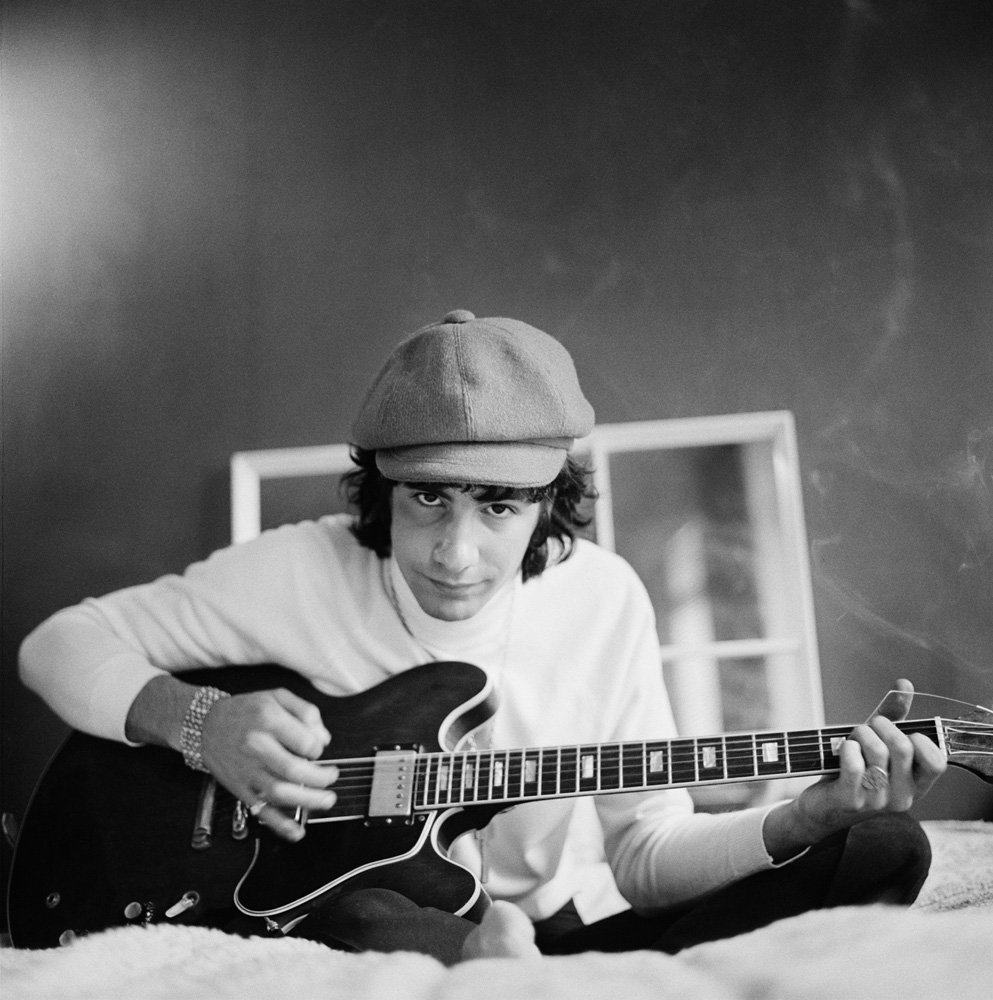 Cat with the fire in his eyes not long after recovery

This February marks the 50th anniversary of Cat contracting TB and, while it is an unlikely occurrence to want to draw attention to, it’s actually immensely significant in terms of Yusuf / Cat Stevens’ artistic development. It neatly partitions the early career of “I Love My Dog” and “Matthew & Son” from the 70s era of “Wild World” and “Father & Son”. The changes that Cat made to his life and outlook were evident in all aspects of his life; from the clothes on his back and hair on his face, to the acoustic guitars in his hands and the message of peace in his songs.

Perhaps the most fitting representation of this pivotal moment in Yusuf / Cat Stevens’ life come in the lyrics to his song “Trouble” which was written about his struggle:

Trouble
Oh trouble, set me free
I have seen your face
And it’s too much, too much for me

Trouble
Oh trouble, can’t you see
You’re eating my heart away
And there’s nothing much left of me

Trouble
Oh trouble, move away
I have seen your face
And it’s too much for me today

Trouble
Oh trouble, can’t you see
You have made me a wreck
Now won’t you leave me in my misery

Trouble
Oh trouble, move from me
I have paid my debt
Now won’t you leave me in my misery

Trouble
Oh trouble, please be kind
I don’t want no fight
And I haven’t got a lot of time 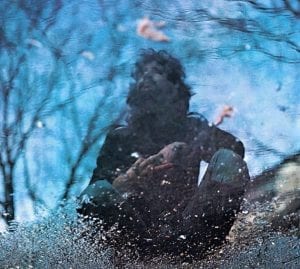 Reflections of a new life, Cat in 1970 (Bloomsbury Square) 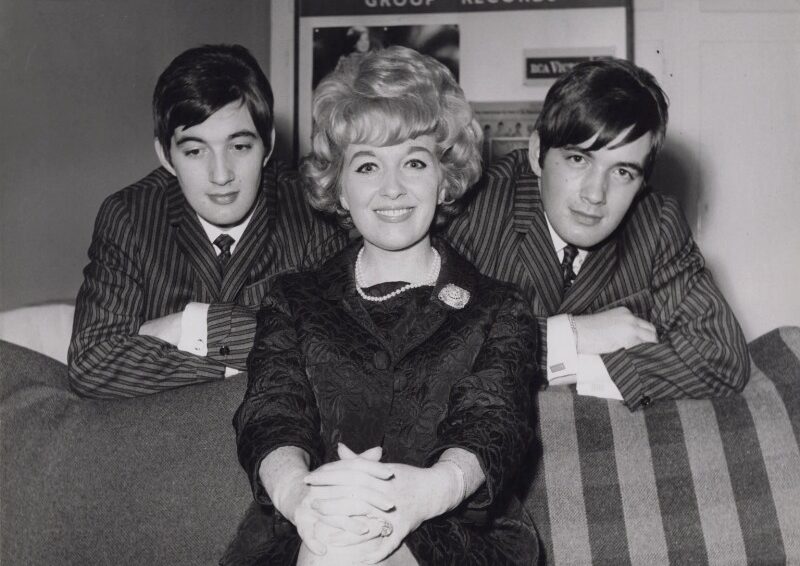 Marion Ryan with her twin sons, Paul and Barry (l-r) 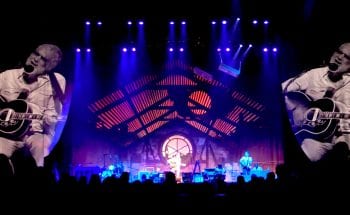 A Cat’s Attic: Peace Train Tour is  Yusuf / Cat Stevens’ first ever tour of South Africa. In attendance of the first show, at the TicketPro Dome in Johannesburg, was Ingrid Schoeman, a survivor of drug resistant TB who, in conjunction with TB Proof, has dedicated considerable time and energy to fighting the stigma that 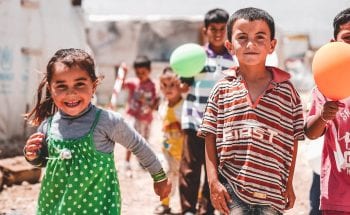 Last year the Yusuf Islam Foundation funded the Harmonics programme, designed and led by Professor Nigel Osborne MBE that uses the power of music to offer support, distraction and hope to children caught up in the war in Syria. This February, a short film documenting this innovative and essential work entitled “A Song Can’t Burn” 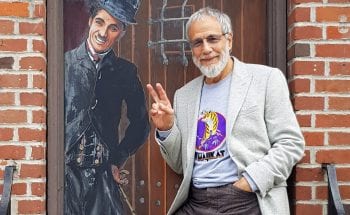 As our world wheels around again towards another year I’d like to sincerely thank you all for your beautiful messages. Some of the stories I have read are so powerful, they truly make me want to continue writing and singing until my last breath (which will be the day of God’s choosing).   Thanks to those